Dear friends, readers etc…sadly I had to stop travelling because  something very strange happened to me.
I was trekking in Nepal with a friend that I met in the Annapurna area, in the  Himalaya region, coming back from one of the most amazing place I ever been, Mustang.
I won’t disclose all the story and the very funny details but…shortly I was found without trekking permit and DEPORTED!

Little preface.
If you are willing to pay to enter in a city or a village. If you cannot wait to pay for trekking, to be overcharged for buses, taxis, food, hotels or guest houses…well Nepal is the perfect place for you!
As a traveler I keep my eyes wide open and, in order to avoid ending up without money, I have to try to bypass these traps and scams designed for ignorant rich tourists.
Sorry if I use the term “ignorant” here but I heard many tourists saying that all this money goes “to help communities and conservation projects”, just because they read it on the board in front of the myriad of checkpoints all around Nepal.
Obviously these tourists “ignore” that Nepal is one of the most corrupted countries in the world.

Dear Nepali politicians, authorities and powerful assholes of all kind and genres. Don’t be offended by that. I come from the country that invented, designed and spread all over the world the best techniques to rob, steal and corrupt legally (the first modern bank was born in Italy) and not legally. In fact who had the fortune and the disgrace to be born and live in Sicily for many years got a special skill: he/she can smell mafia and corruption schemes everywhere, no doubt about it.

“I spent all my life fighting against this shit in the attempt to survive in my country man. So I won’t pay”.
I pronounced these words so many times (maybe too many) the last month talking to Nepali people.
In fact if you ask them: “what is the main problem of your country?” Although they are aware of the huge number of unemployed (like in my beloved island) 80% of the times they will answer “corruption”!

Last preamble.
Both Mustang and the Annapurna region is under control of the ACAP (Annapurna CONSERVATION Area Project), officially registered as INGO (international non government organization).
This “NGO” is very unique. It has more power than police. Their members, according to the people who live there, make more money than anybody else. And, really, its kind of hard to understand what they do.
Sadly I met many young foreigners that volunteer for them.
Now I worked for many NGOs and I have some knowledge of environmental conservation.
Well if you have the chance to visit one of the remote villages of Mustang you can see trucks driving in the river and no dustbins at all. People trow trash on the river or they pile it and burn it in well hidden spots, far from the view of the few (mostly) rich tourists. Over all ACAP can count on the help of the guides (that you MUST hire). One of the guides told me that he makes between 1500$ and 2000$ a month!
Oh by the way ACAP ask ONLY 500$ for the permit for ten days and if you overstay it costs 50$/day, plus you have to pay the guide, a great deal!
If you want to know how to avoid it…well… send me a donation or buy one of my photos and I will let you know!
The trekking permit for the Annapurna circuit costs only 25$ instead.

Back to my story.
After the ACAP authorities found me without permit I was sent to the Immigration department of Kathmandu under custody of the police.
The trip was very nice at the end. The Nepali police is very kind, like many italian “carabinieri”, maybe because, as they told me, many of them have to go to Italy for their training.

Once I arrived in Kathmandu I had the chance to be hosted in one of the place I will never forget in my life.
This “room”.

Basically I was locked with 28 other people.
Officially it is not a jail, it’s a custody room.
The “room” is 6 by 3 meters. There is one bathroom, as you can see, and, considering the dimension, it is easy to clean (luckily it was not my turn that day). Most of the luggage can barely fit under the common bed or near the bathroom’s door. There is even one power outlet (half broken).
The “room” service is very efficient even if it’s a little bit expensive. Yes…everybody has to pay there, not only foreigners.
Very hard to avoid bed bugs and what they called “vampires”…little reddish bugs that cause a very itchy rush.

Most of my roommates were Nepali that faked their passport. There were few Chinese and Bengali. An American citizen of Indian origin, two Tibetans (one of them was a Lama) and one Nigerian.
I was able to speak English only with Gompo (from Tibet)…

..and Prince (from Nigeria).

Usually people spend at least 1 week inside the “room”.
This is in fact, if you are lucky, the time the immigration officials need to judge you guilty (no alternative is possible…they don’t do mistakes apparently) and decide your penalty …yes…money! That’s what they basically want.
If you cannot pay for food they open a credit for you (soooo kind) that you have to pay at the end of your stay.

Obviously if you are not lucky or you come from Tibet and you cannot speak a language other than an old Tibetan dialect, you need to wait two or more weeks for a translator. This is the case of the Lama.
His problem? They didn’t believe that his document was real.

My friend Gompo comes from Virginia, US.
His family arrived in the US 12 years ago from Nepal asking and obtaining the status of refugee.
He was asking for the same right but…
One day they found him drunk while he was driving.
Well…basically he didn’t go in front of the judge and the US authorities, very gently, deported him to the last port of exit.
That means Nepal.
From Virginia to the “room”.
Yes…driving drunk can be very dangerous folks. Especially if you are Tibetan.
Note for ignorant people: Tibet does not exist, it’s China.
I have reason to believe that Gompo’s case is very hard to be solved and I’m almost sure he is still inside the “room”. It’s been at least 1 month now.
If someone is able to help him please contact me.

My friend Prince comes from Nigeria.
I really had hard time to understand his story.
And I think to know why. His brain is basically gone.
In other words he is mentally disturbed…or whatever other pathetic medical term.
Why? HE SPENT SIX, YES, SIX MONTHS INSIDE THE “ROOM”.
I’m sure I’ll go mental as well if I’d spend 1 month there.
If someone of the Nigerian Consulate, Embassy or whatever authorities can help him and take him in custody…please HELP HIM!
I tried to contact already the Nigerian Embassy but no answer so far.
Still waiting for an answer from Amnesty International as well.

That “room” should be closed forever and Nepali authorities charged of
crimes against human rights.

P.S: I spent only one night and one day locked inside the “room”. I have to thank my Angel Cav. Sabina. A Nepali lady that works for the consulate of Italy in Nepal. She took me in her custody. Basically she let me free  and helped dealing with a ton of paperwork for one week.

P.P.S: A friend of mine has a picture of the chief officer of the department of immigration playing on Facebook while I was inside his office and other people were waiting outside hoping to close their case and be free. 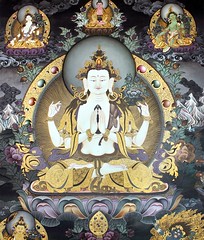 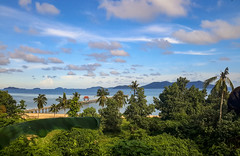 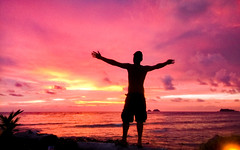 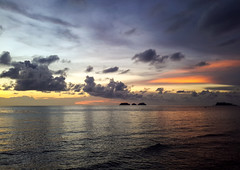 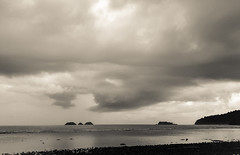 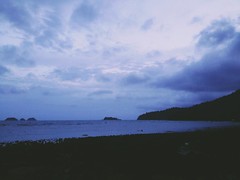